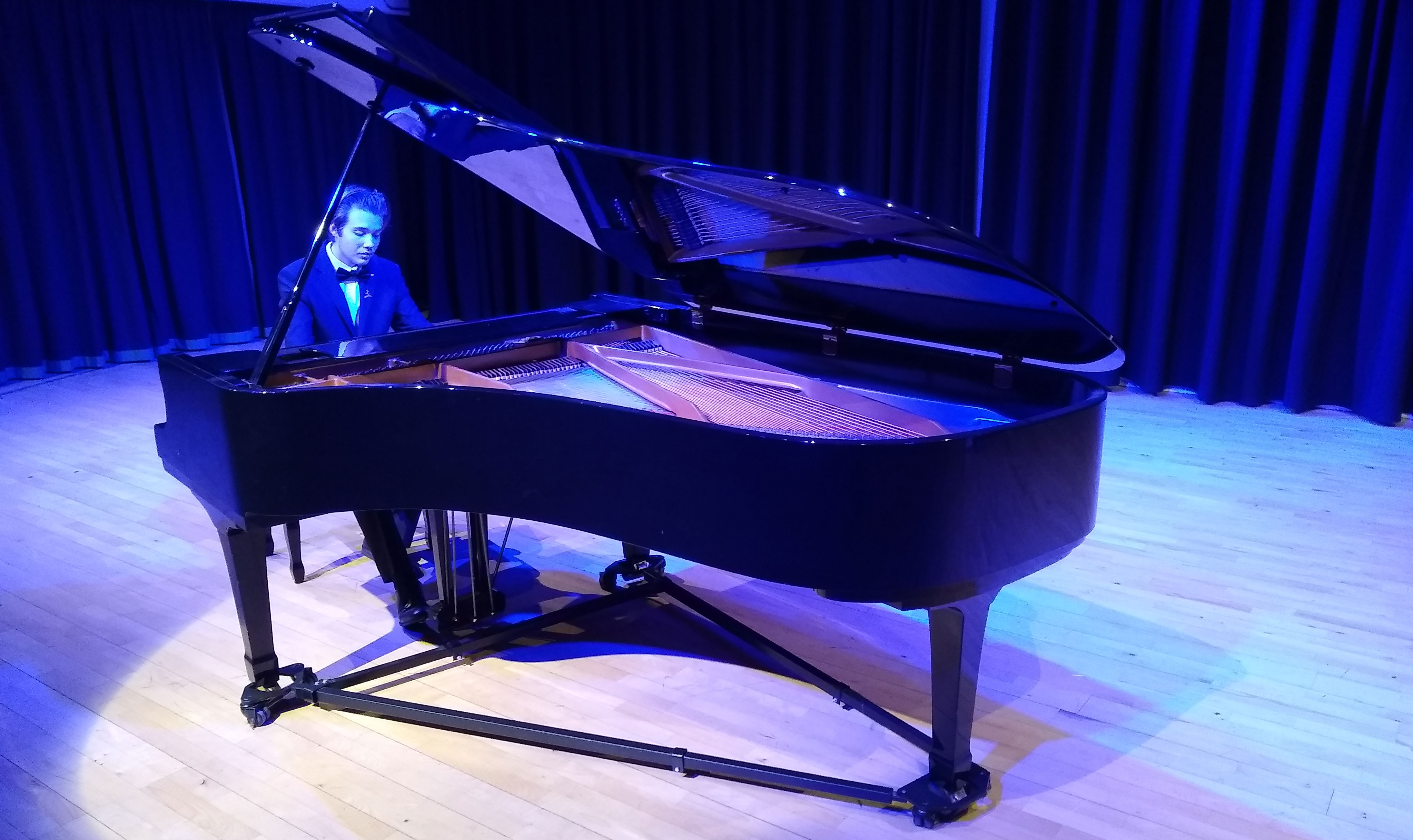 Well done to everyone who got involved in our first virtual concert!

You can see the concert HERE 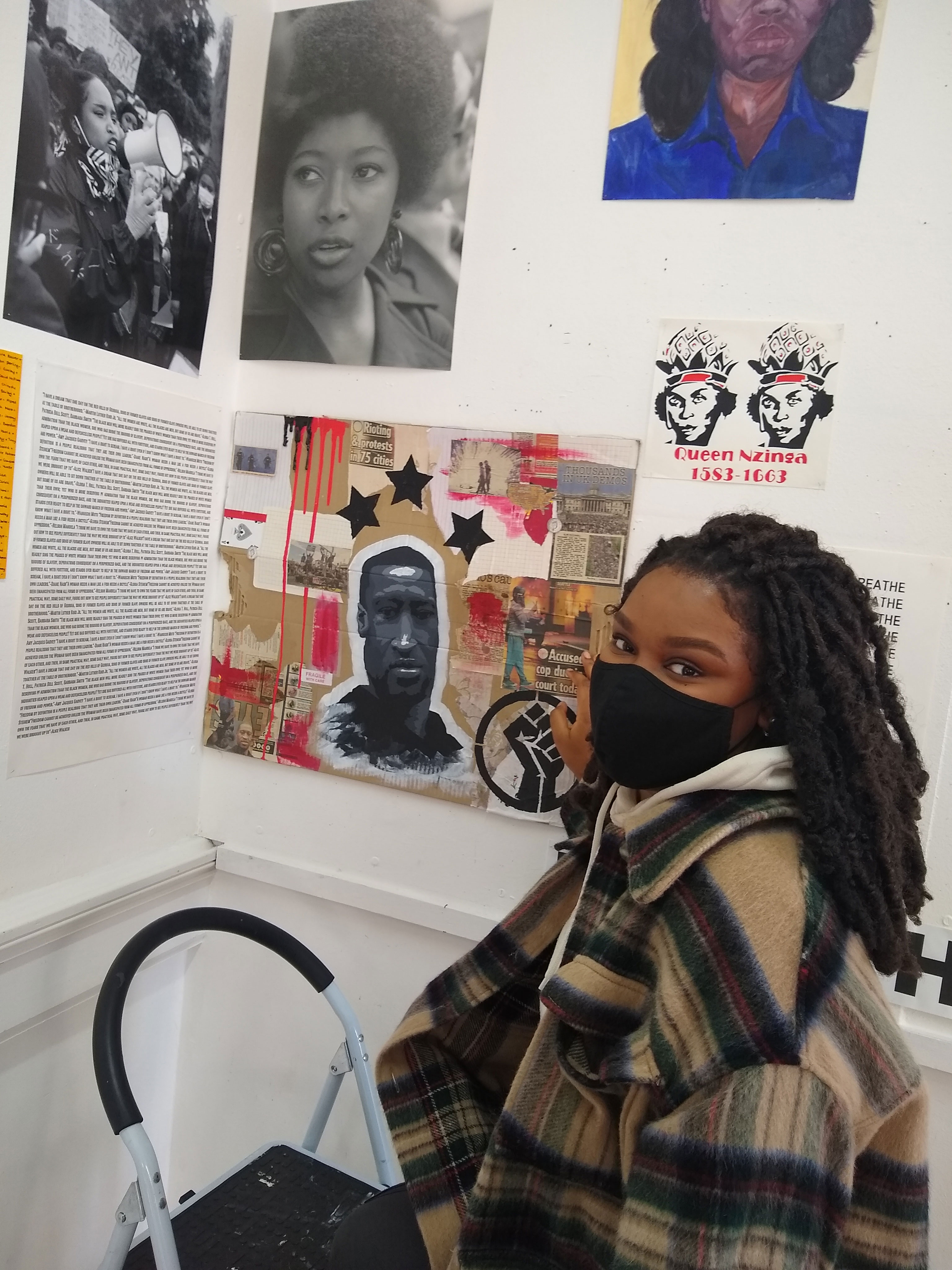 Great news – the BBC has selected two pictures submitted by two of our students to The Sixth Form College Association  "At Home" online exhibition to feature on the BBC News website.

The pictures, can be found HERE

Well done to Charlotte Cater, with her painting entitled 'Escape": 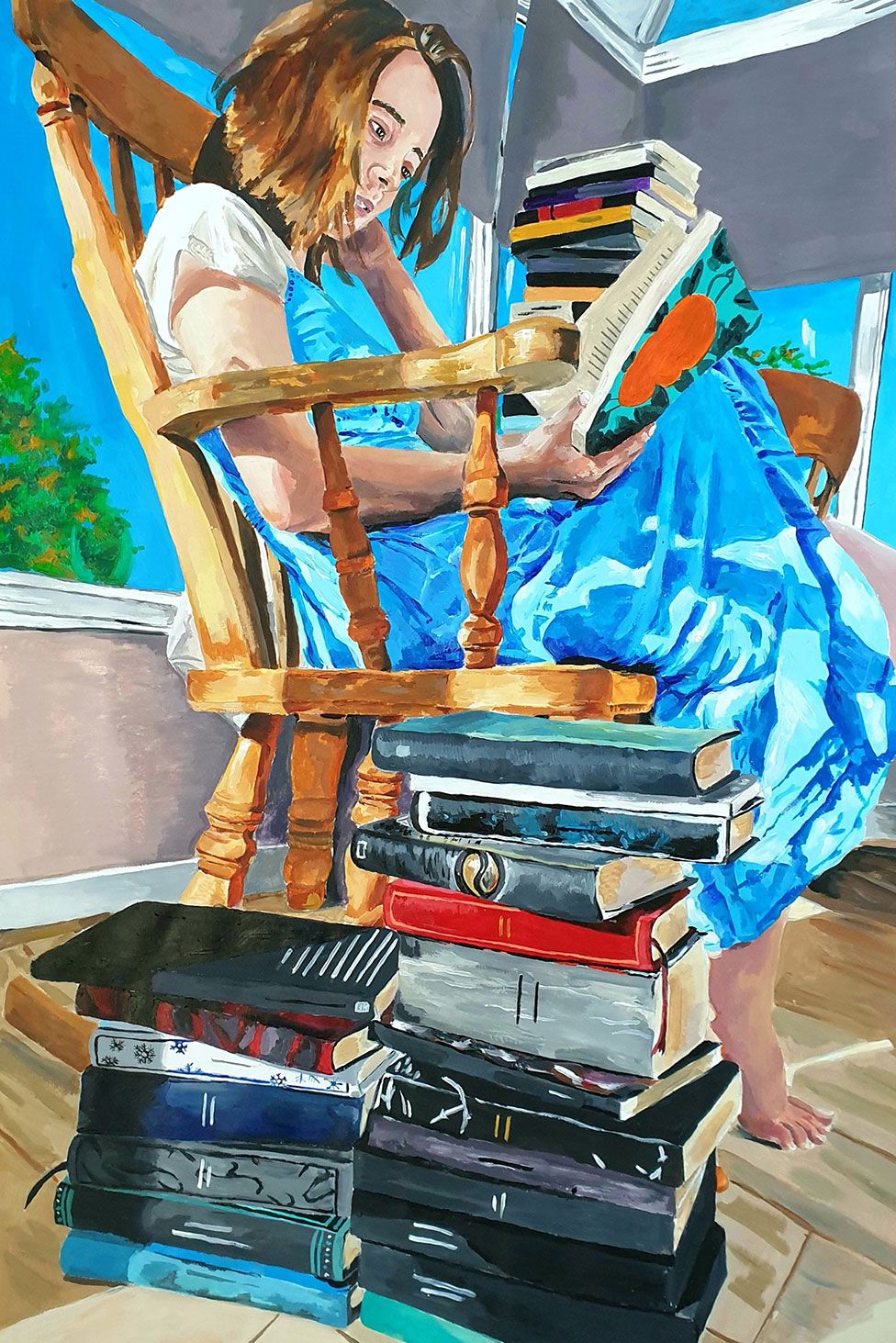 And to Lily Goodey for "Nick via the Internet" : 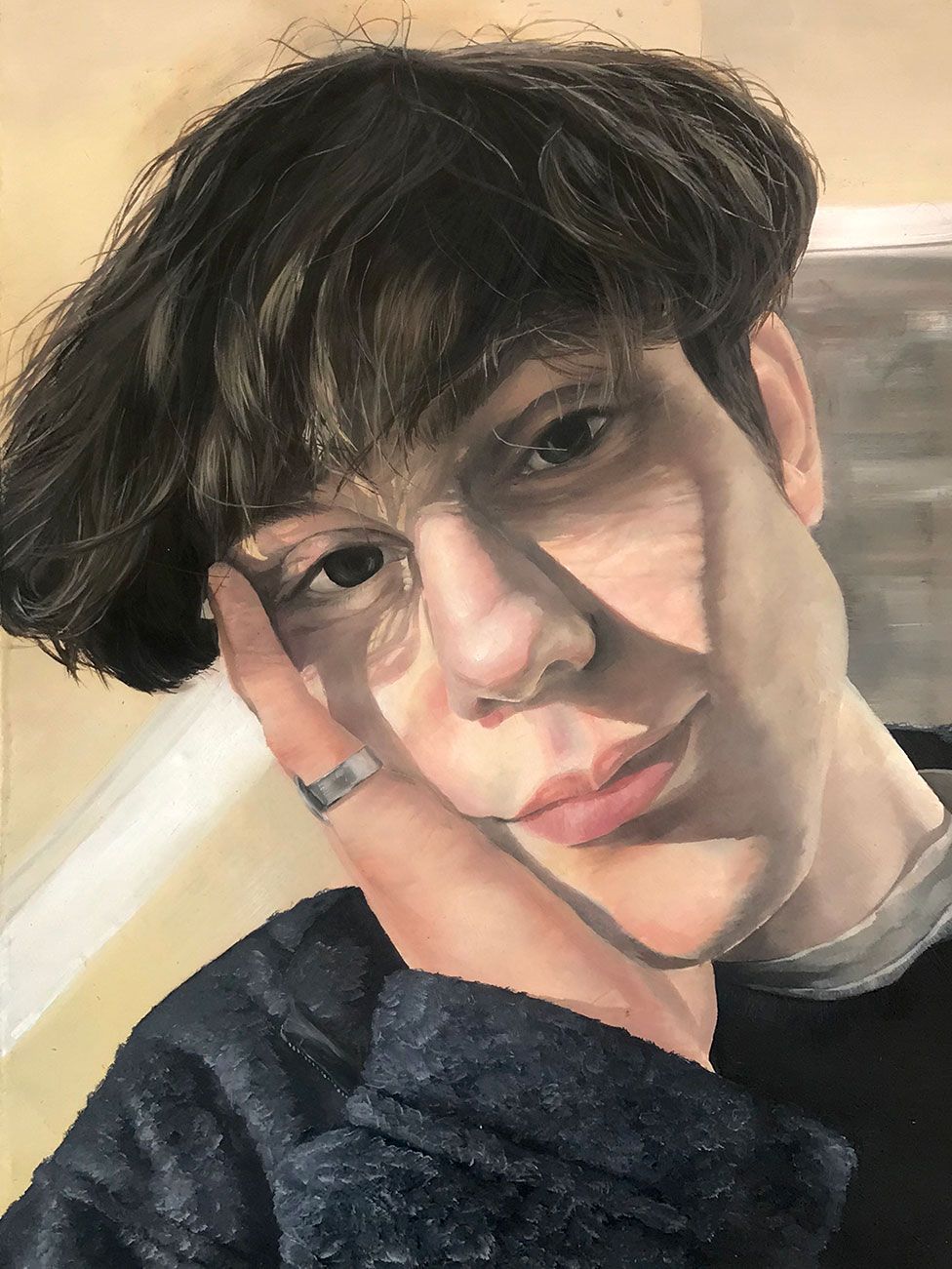 A level Drama students see "The Visit" at the National Theatre

On Thursday 27th February 100 A level Drama students, from year 1 and 2, went to The National Theatre London to see a production of Friedrich Durrenmatt's "The Visit", recently adapted by Tony Kushner. "The Visit" is a set text for the A level course, so invaluable for students to see a professional production of this play. It is also another production that they can write about in the productions essay in their written exam. This production was set in the run down New York district of the fictional Slurry. It was fantastic to see how balconies could be flown in, a huge revolve can work to reveal different locations, a live jazz band can set the mood, alongside highly professional performances from the whole cast, headed by Lesley Manville and Hugo Weaving.

Students also got to see a costume exhibition in the National Theatre foyers; some of them even saw Matthew Horne in the foyer and got their photo taken with him! (pictured with Emma Buckingham and Merrion Flower)

On Thurs 13th February the 2nd year Performing Arts BTEC students (above) completed one of their final performance assessments. They presented a mixture of Musical Theatre, acting and dance work, including numbers from Cats, Miss Saigon, Les Miserables, Phantom of the Opera, Chess and Teechers. The evening was very well attended by students' families, friends and college staff. Students' work was a of a consistently high quality and we look forward to their final devised performance assessments in May.

This followed the year 1 Performing Arts students' performance evening on 30th January, which again played to a full audience of friends and families. Again, students performed across the disciplines, selecting either Musical Theatre, acting or dance. Work included songs from Sweeney Todd, Company, Gypsy, dance numbers from Chicago and scenes from Teechers and Mother Courage and her Children. Students did themselves proud in their first performance assessment of the course.

It was great to see so many of our students coming to support each other on both of these evenings.

Battle of The Bands 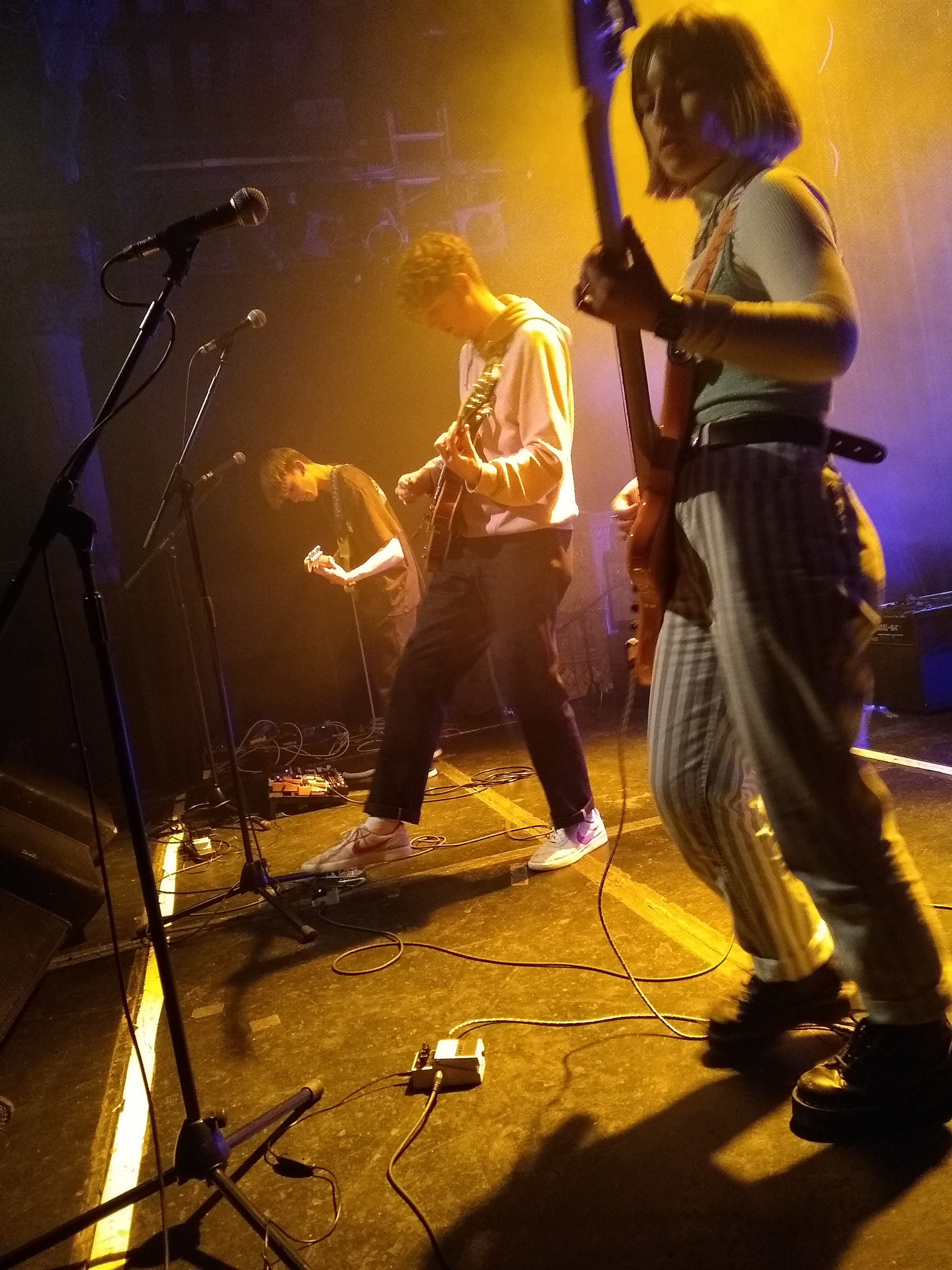 The Sixth Form College production of "Urinetown - The Musical" is opening tomorrow night! Thanks to Lucca Mansell and Tia Winterbottom for planning, filming and editing this publicity showreel. Friday night has now sold out and a few tickets are still available for Wed and Thursday but they are going fast!

Less than 2 weeks to go!

With less than 2 weeks to go, the preparations for the college musical stepped up a gear as the drama studio has started to be transformed! The set has been built and the cast and band were able to rehearse with this in place. Tickets are selling well and you can get yours here: https://www.ticketsource.co.uk/the-sixth-form-college-colchester-urinetown-the-musical

Come and watch our students perform on Wed 4th, Thurs 5th and Fri 6th December at 7pm. Tickets: £9 for adults and £5 concessions.